In most homes, the kitchen is typically a major focal point. It’s the spot where families and friends come together to celebrate, catch up, cook and more. From being the place where we brew our morning coffee, to where we create elaborate holiday meals, kitchens are often full of wonderful memories. With that, it’s important that your kitchen is a space that you love.

This area is typically very out in the open, and it’s not like other rooms in the house where you can close a door and it’s out of sight. With that in mind, it’s really no surprise that kitchen renovations are such popular projects and ones with great return on investment, with lots of ideas for kitchen remodels available. Whether you decide to simply paint the room a new color or choose to demolish your existing kitchen to create one of your dreams, the possibilities are endless. Here are eight of the best kitchen remodel before and afters.

This wood-centric kitchen had plenty of potential. However, it was not looking or functioning at its best. The island in the center created unwanted congestion, and the lack of color made the room feel dull. Additionally, the appliances needed an upgrade. 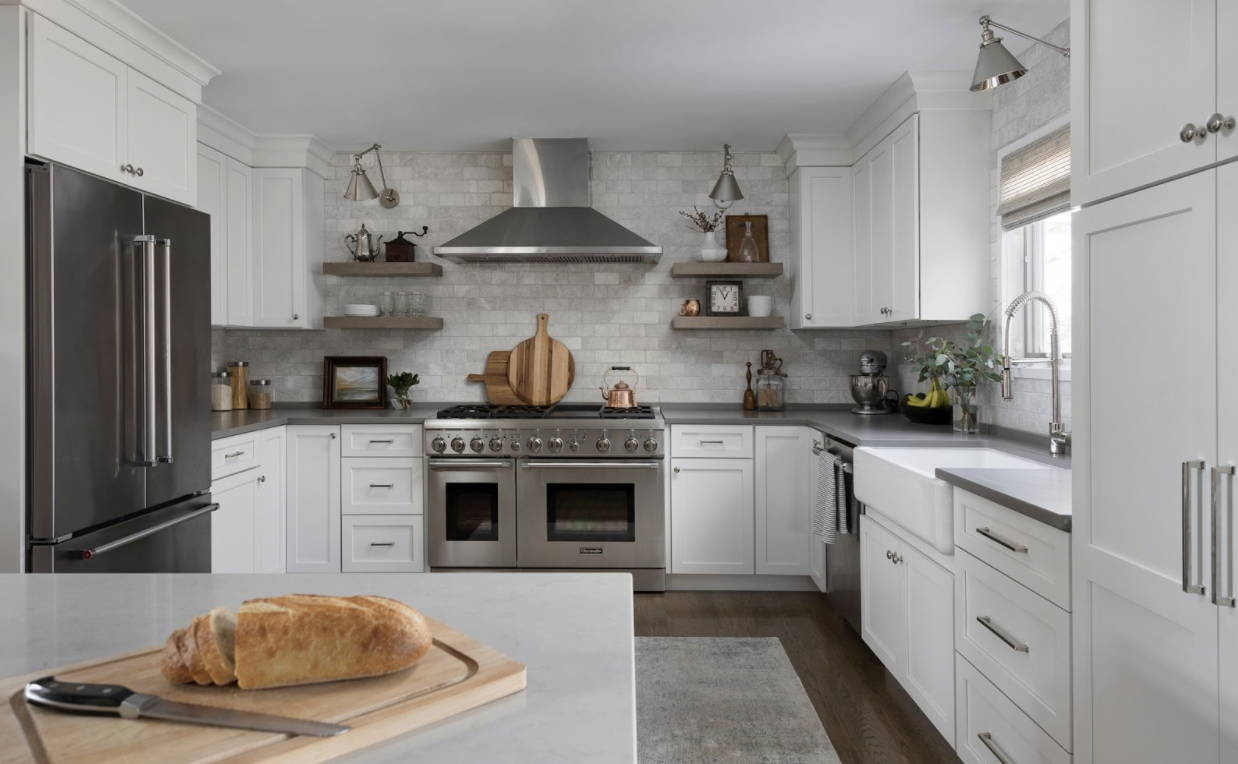 In just around three months, this kitchen was given a completely new look, feel and function. Chad Esslinger, principal of Chad Esslinger Design, created a brand-new kitchen from the strong bones of the pre-existing one. The island was removed from the middle of the kitchen, creating ample amounts of open space and clearing up the once over-crowded area.

The new white cabinets and light-colored backsplash helped to brighten up the entire room. The upgraded, stainless steel appliances, including the gas stovetop and range, give the space a more modern appearance. This improved space was created by focusing on ways to enhance its “layout, functionality, and style,” which Esslinger said were the three most important factors to consider when remodeling this kitchen. 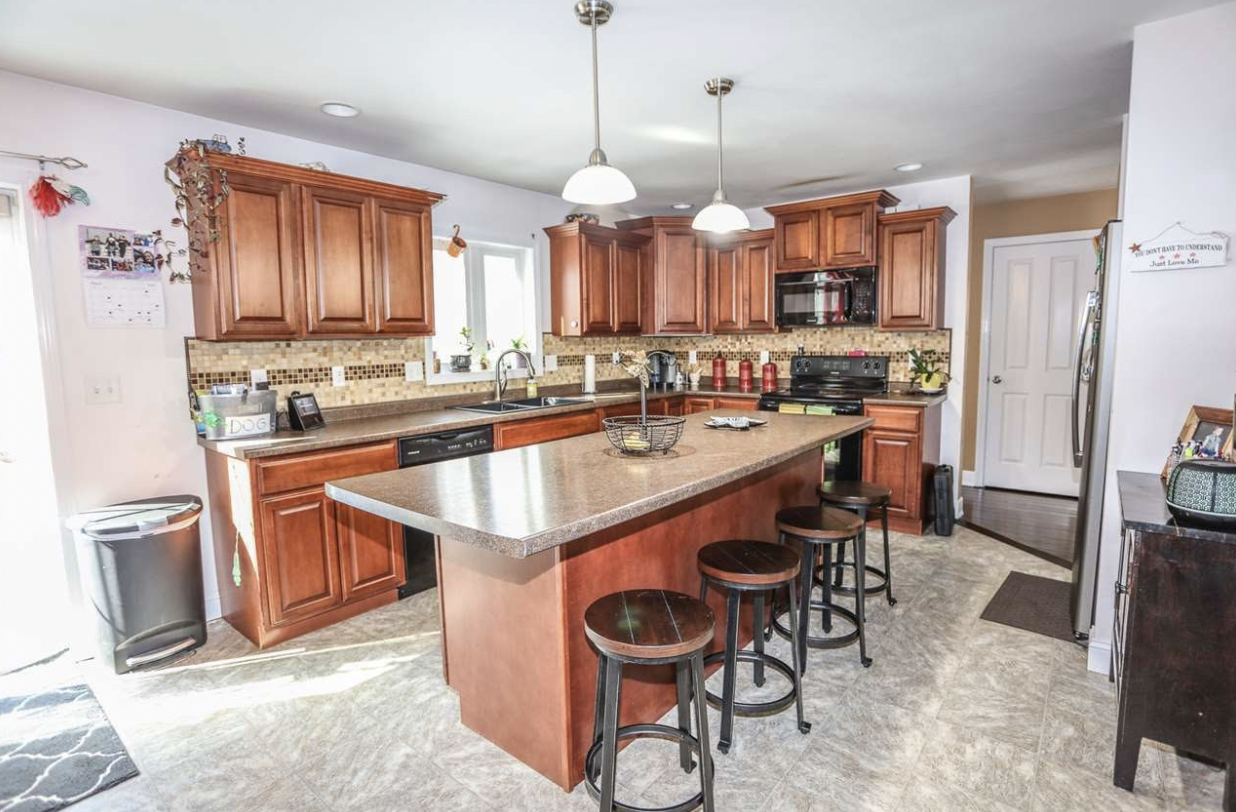 The focal points of this kitchen are the dark cherry cabinets and island. The stark contrast of the dark wood against the light-colored walls is eye-catching but slightly outdated in comparison to kitchen trends these days, which are typically primarily white or light-colored. 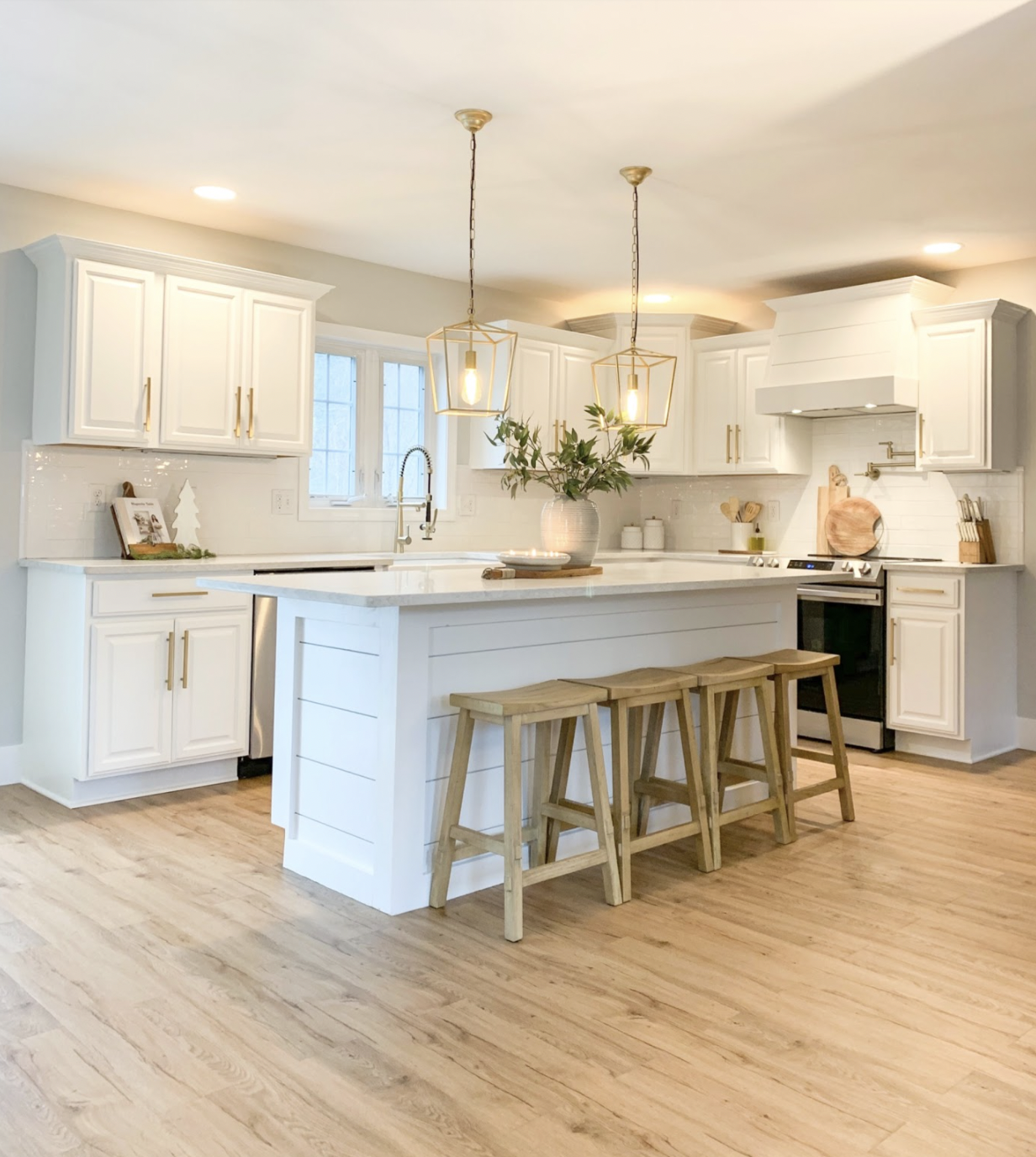 Suzana Natola, creator of the “My Farmhouse-ish” blog, and her husband Nathan Natola, took on the huge task of remodeling their kitchen on their own. In just about one month, the two of them worked together and completed this DIY remodel. Immediately you notice the fresh white cabinets and island, but believe it or not, these are the old cherry wood ones, just repainted and reworked. When taking on this project, “budget, design and labor” were the three most important consideration factors, said Suzana.

Not only has this kitchen been given a significant visual improvement, but the functionality of the space has improved as well. The couple chose to install a large, farmhouse sink and a pot filler above the stove, which have added an increased level of convenience, specifically when cooking and cleaning. 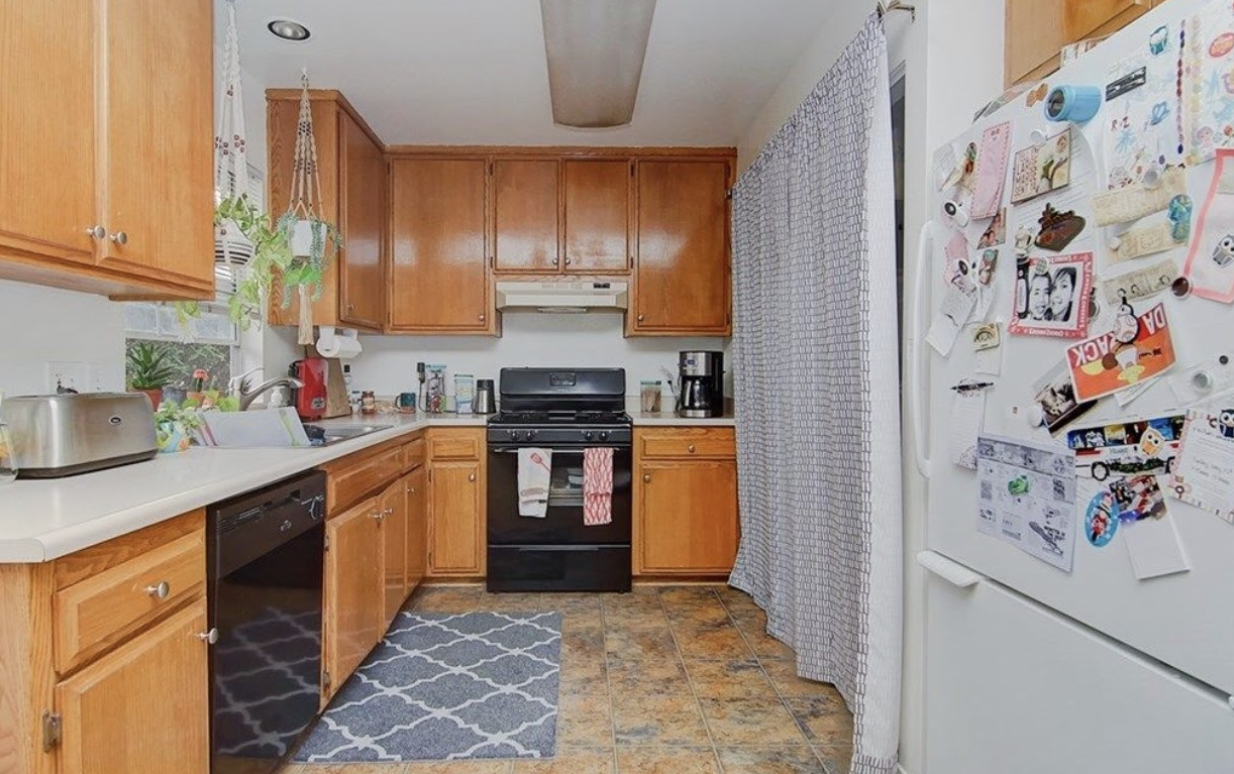 The main issue with this kitchen was space. The wall on the right, which led to the living room, served little purpose, as there was no door to separate the rooms, and really cramped the area. 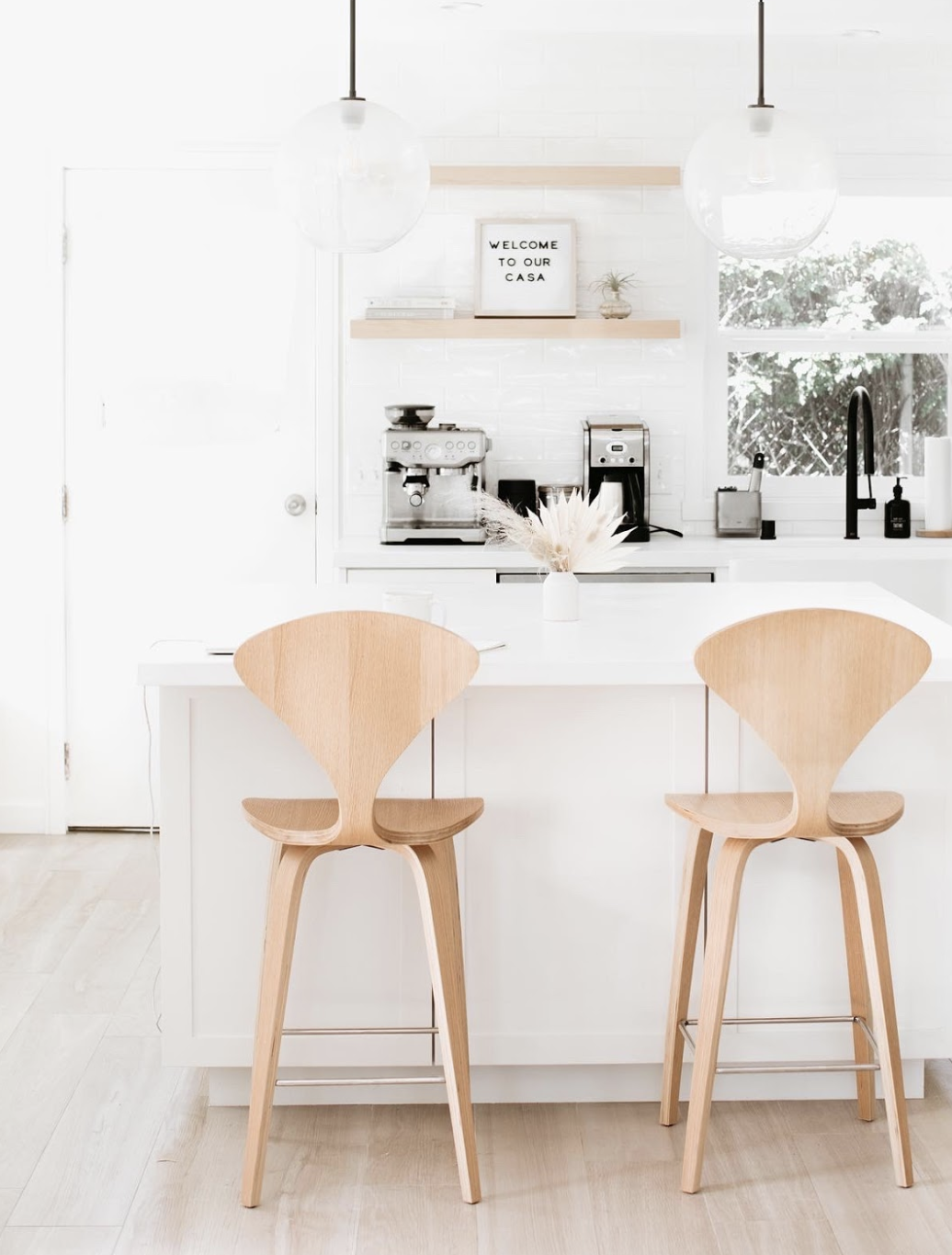 With some hard work, imagination, and a little demolition, Sara and Christian Tober turned their kitchen dreams into reality. The California-based couple said that “functionality, style [and] cost” were their most important considerations when tackling this project. Not only was the look, feel and function of this space completely improved during this remodel, but so was the size. The Tober’s took on the task of DIY demolition and removed the wall that once separated the kitchen from the living room. By doing this, they were able to create, “such a nice flow and connection between the two spaces,” said Sara. Having a space to entertain family and friends was one of the goals of this remodel, and that was accomplished. 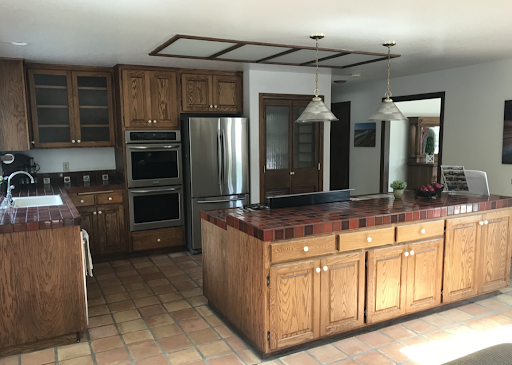 While the starting look and functionality of this kitchen were not entirely optimal, the space had some great qualities that didn’t need to be changed, like the floor. This kitchen was quite dark and didn’t follow much of a cohesive color scheme. 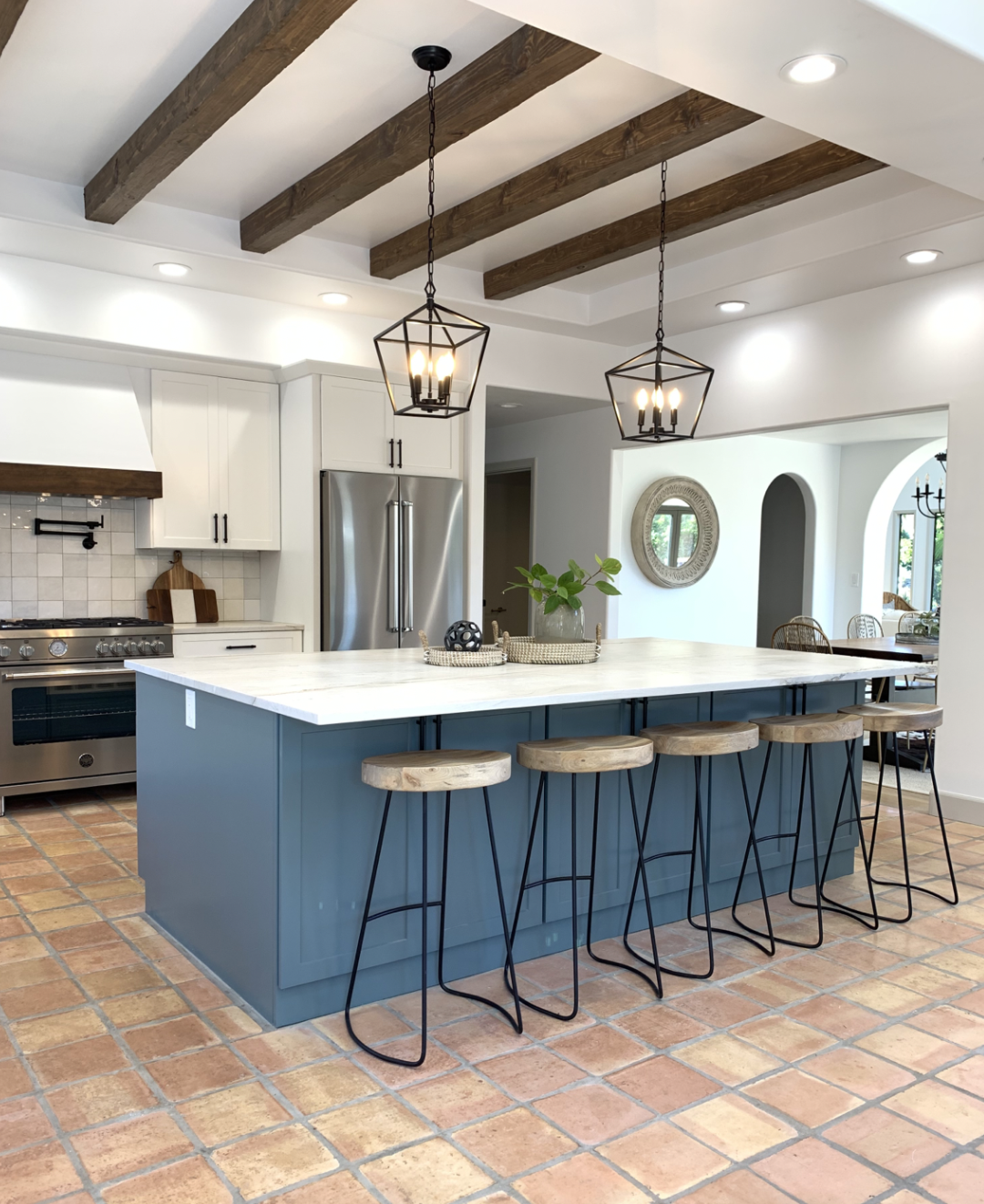 Allison and Tim Shepstone, owners of Cambray Design, created this remodel together. What is so unique about it is that while the floors were not upgraded, the ceiling was. “One of the most dramatic parts of this renovation,” Allison said, “was lifting the drop ceiling, updating the lighting and installing cosmetic beams. Not only did it bring more light into the space, but it also added character and connected the kitchen to the Spanish style vibe [that] the rest of the house was showing off.” 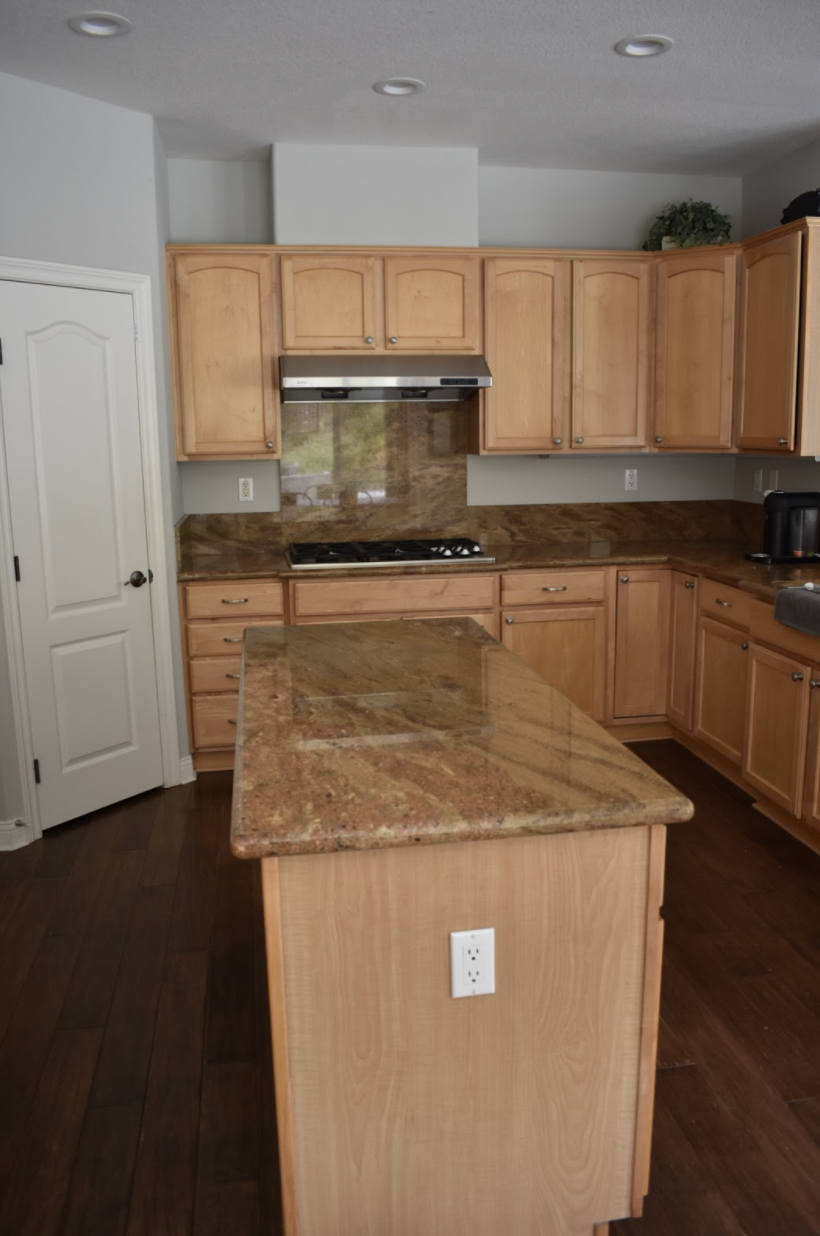 This kitchen started with ample amounts of cabinet storage, but the look and function were not optimal for the individuals who lived there. Additionally, the appearance and utility of the island cooktop were outdated. 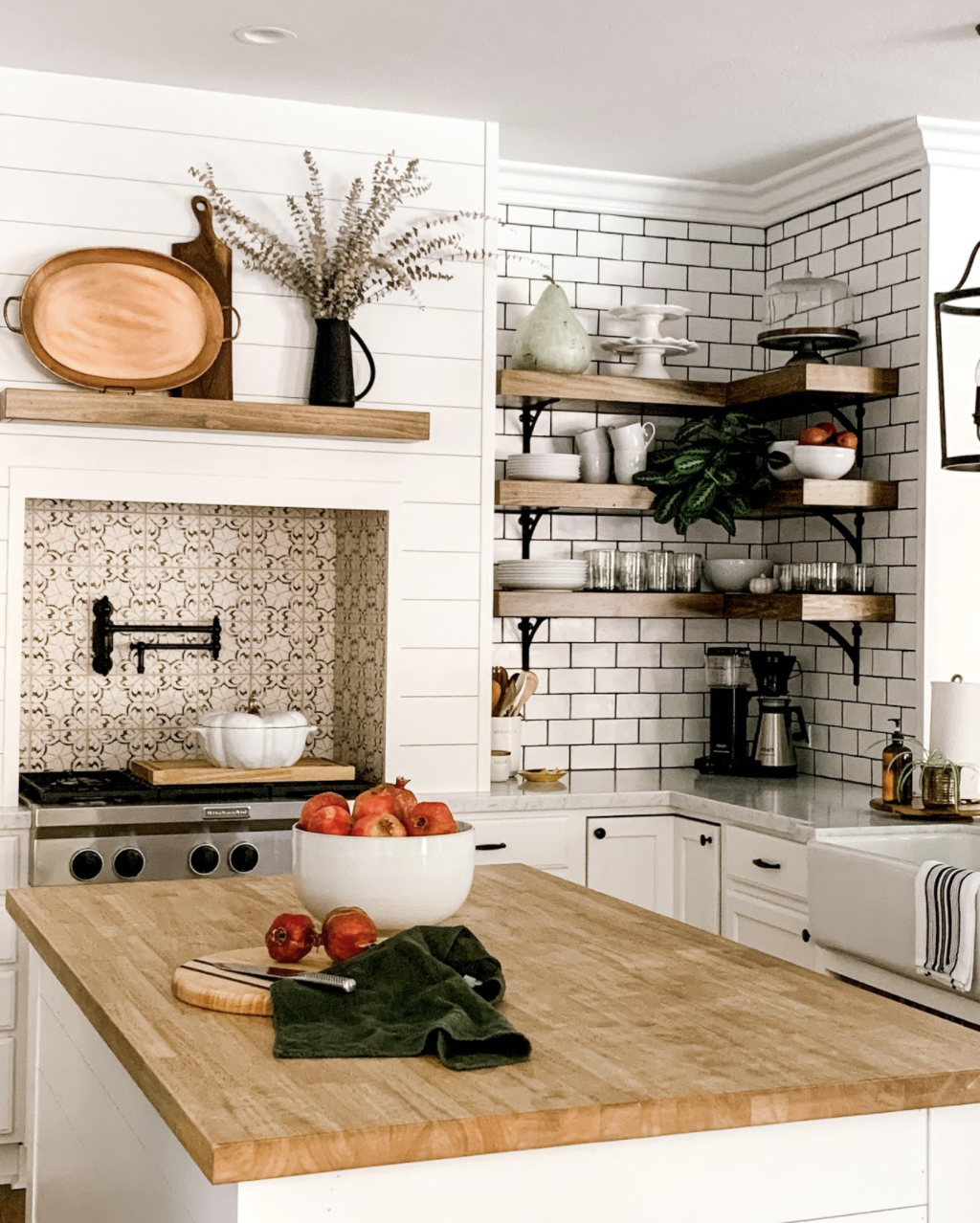 This kitchen remodel was crafted by Jaclyn James, president of Jaclyn James Company, with the idea of this area “[becoming] the gathering place,” she said. By removing some of the overhead cabinets, installing a larger island and mounting corner shelving units, the room has become more spacious and functional.

What’s especially creative about this remodel is the several different types of materials used on the wall. In this corner alone, you can see the plain white rectangular tile, the accent backsplash tile behind the stove in addition to shiplap. The different patterns, colors and textures make the space incredibly dynamic. 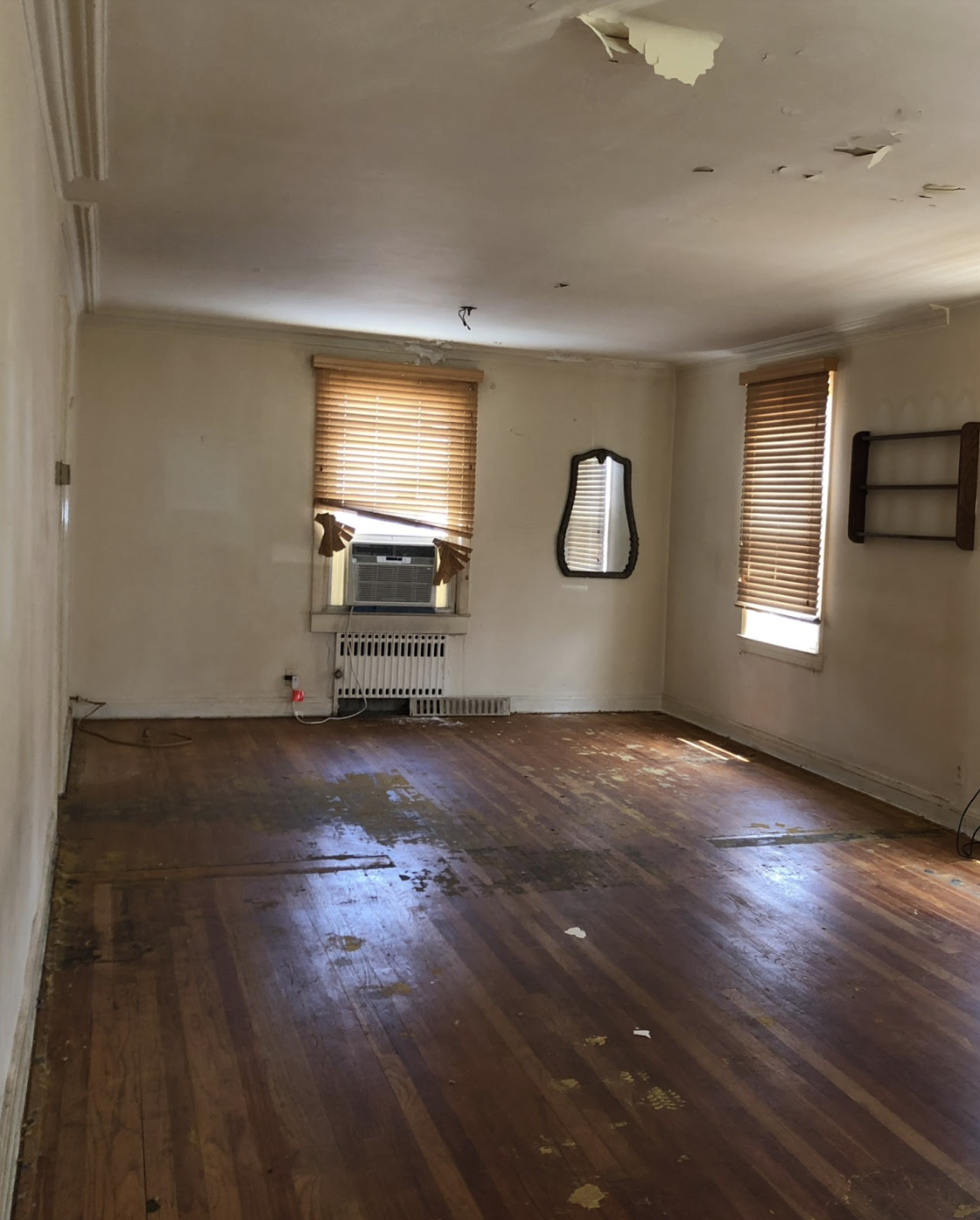 Chelsea Weitz/Our Diamond In The Rough

This room, which started as the living room, received a complete transformation and was turned into what would later be the kitchen. 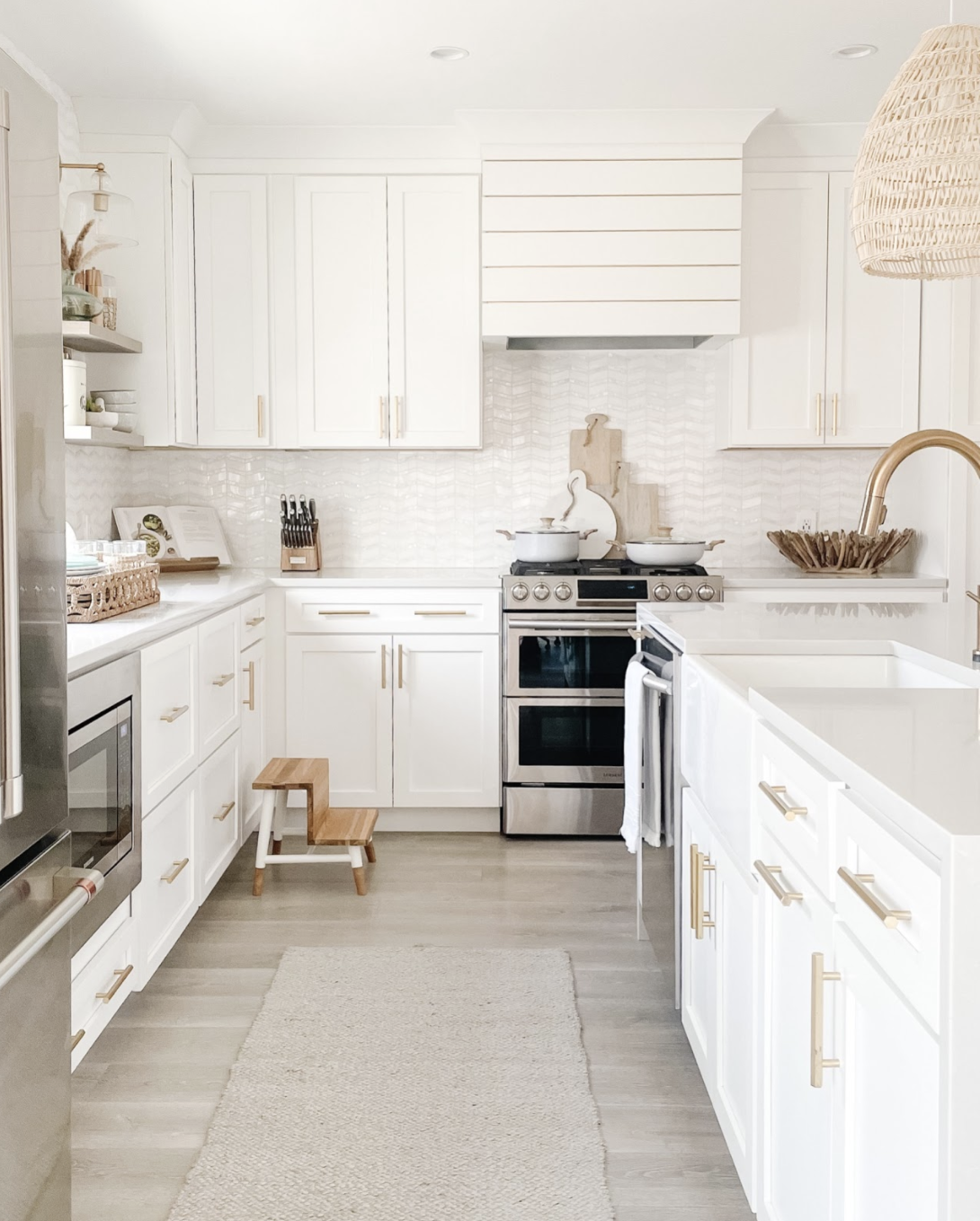 Chelsea Weitz/Our Diamond In The Rough

This is the new kitchen of Chelsea Weitz, owner of “Our Diamond In The Rough.” She said, through the duration of this remodeling process, improvements were made to prioritize, “budget, lifestyle [and] problems.” When planning for a remodel, Weits said “figure out the problems that currently drive you crazy, so that you can make [remodeling] decisions that [address] them versus making them worse.” For Weitz, this meant creating a space with plenty of storage, including many cabinets, drawers and more. 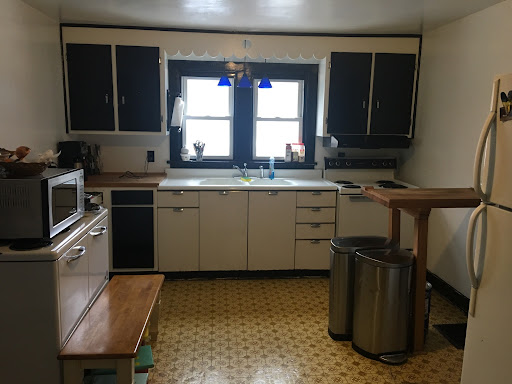 Many elements of this kitchen were out of date, and the room was not set up in a way that best utilized the available space. 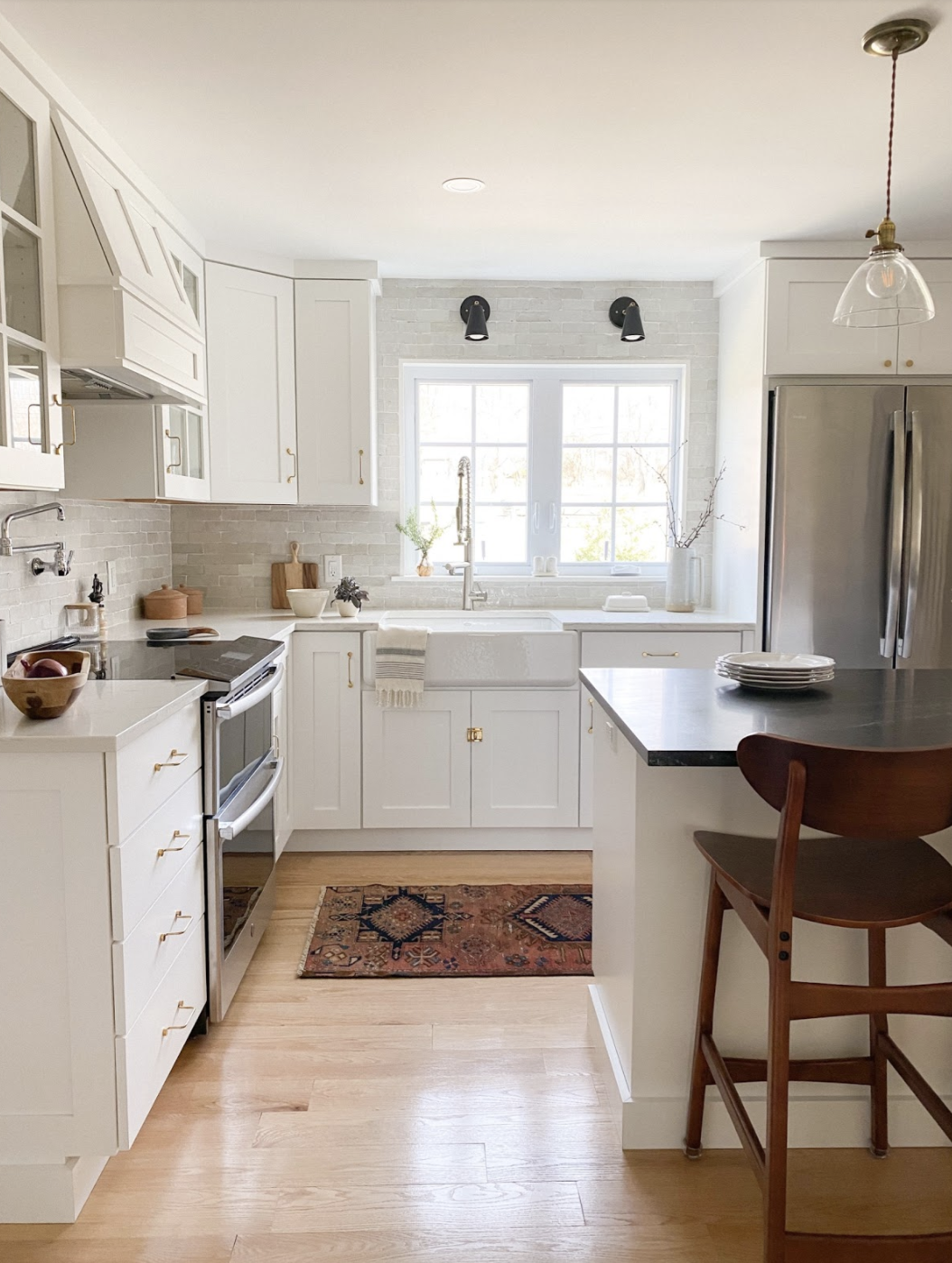 Husband and wife, Josh and Jennifer Garis, took on this remodel as a DIY project, and together, the two completed the entire renovation, except for the installation of the custom cabinets and the backsplash, on their own. With the additions and upgrades they’ve made, Jennifer said they were able to, “[increase] functionality with use of the same square footage.” 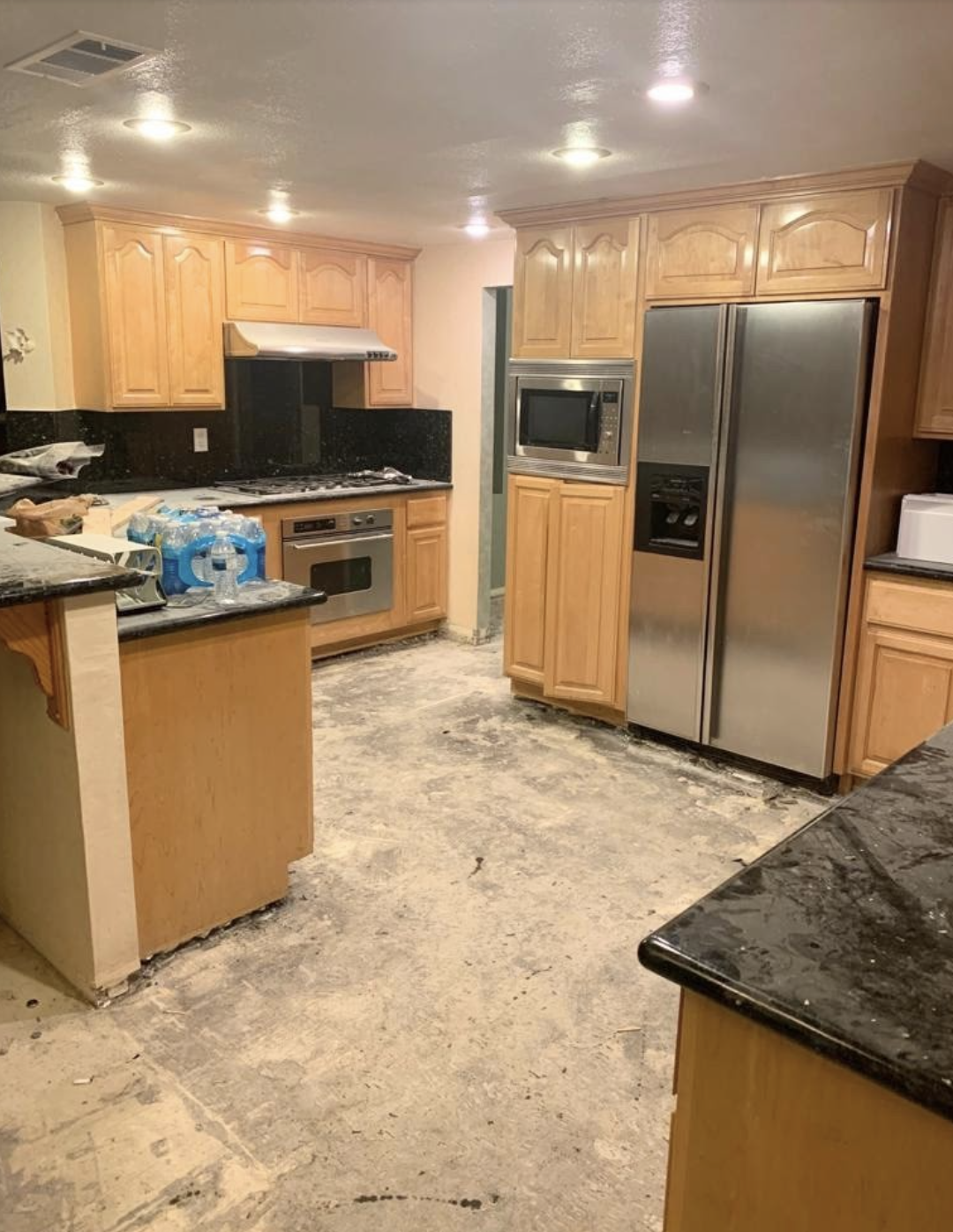 While this kitchen had a decent amount of storage and functional space, the design aspect was lacking, and one of the main focuses of the remodel. 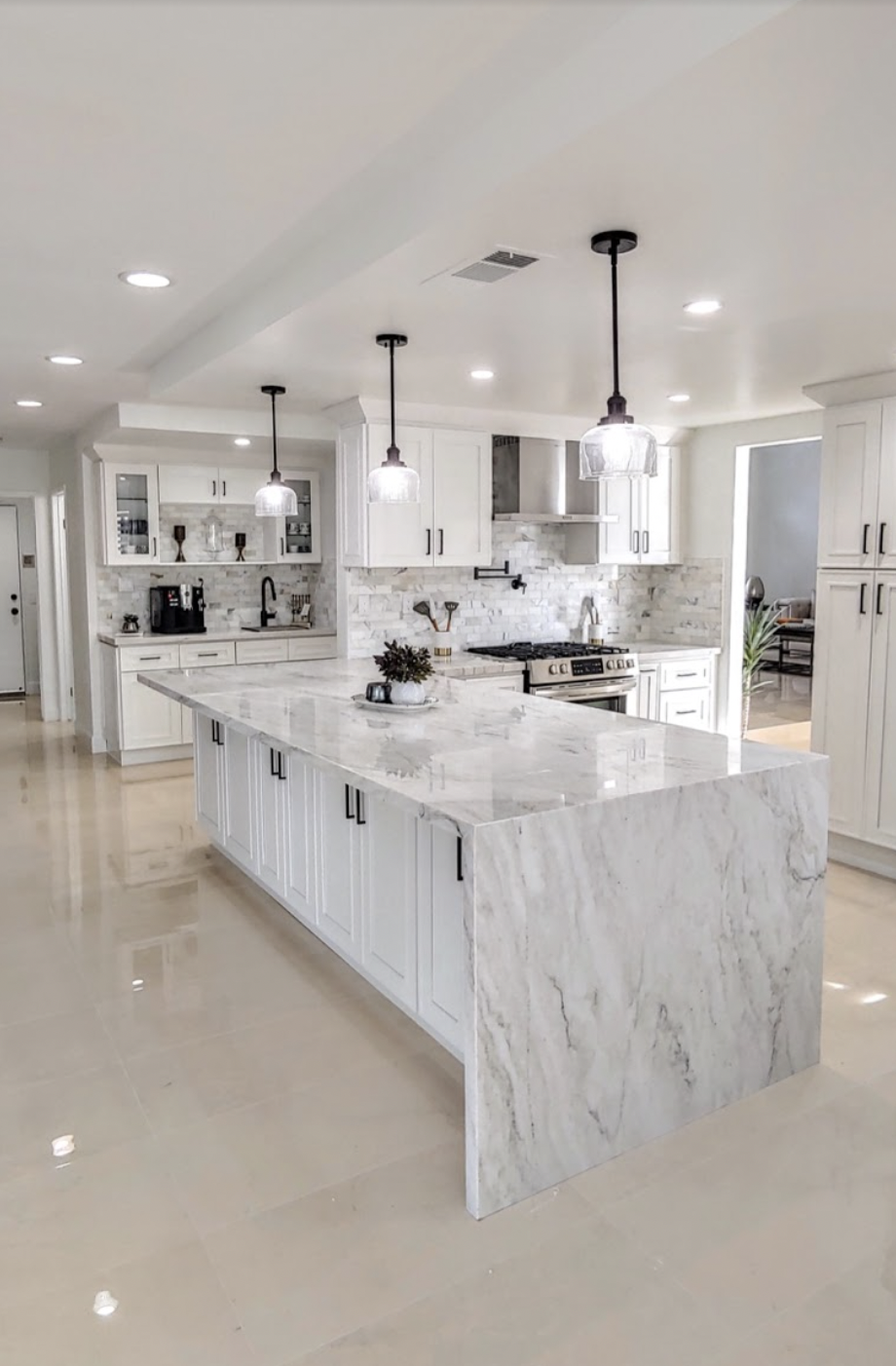 This incredible kitchen transformation, which was part of an entire home renovation, was completed in just six weeks by Riki Shafigi, owner and designer for RikiSDesign. Beyond the dramatic visual improvement, Shafigi was able to make the space look larger, and increase its functionally, while still focusing on “layout, budget [and] design,” which she says are the most important factors to consider during any remodel.